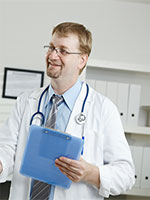 THE JOURNAL OF PEDIATRICS

Cincinnati, OH, December 14, 2016 -- Research has shown that when children watch too much television, their risk of obesity increases. However, more and more screen time is coming from other devices, like tablets and smartphones, and the impact of these devices has not been researched as much. In a new study scheduled for publication in The Journal of Pediatrics, researchers found that children who reported spending more time on screen devices and watching television engaged in behaviors that can lead to obesity.

Dr. Erica L. Kenney and Dr. Steven L. Gortmaker from the Harvard T.H. Chan School of Public Health studied data from the 2013 and 2015 waves of the Youth Risk Behavior Surveillance System, which included 24,800 adolescents in grades 9-12. The survey gathered data on the following: hours spent on screen devices (including smartphones, tablets, computers, and videogames) and watching television, hours of sleep on an average school night, number of sugar-sweetened beverages consumed in the previous 7 days, and frequency of physical activity (at least 60 minutes per day) for the past 7 days.

Although this study cannot conclude definitively that using screen devices is causing higher rates of obesity, the findings are cause for concern. According to Dr. Kenney, “This study would suggest that limiting children’s and adolescents’ engagement with other screen devices may be as important for health as limiting television time.” Until more research is done, clinicians may want to encourage families to set limits for both television and other screen devices.